Whatever Happened to Gitano and EVA JOIA? Pull Up A Chair...

Whatever happened to Gitano and EVA JOIA? 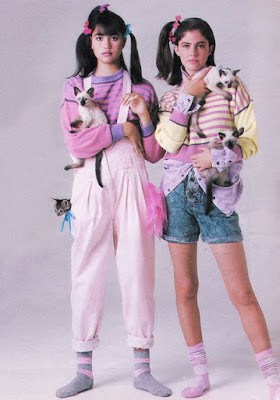 There are a few things I noticed about Gitano's Eva Joia brand in the 80s (I think it was roughly 1986 it came out.) I noticed that the girls were mostly not smiling, and that they appeared to be very styled, pushing the envelope as far as fashion-- lots of layering, mismatching patterns, avant garde hair. It wasn't the typical Sears catalog fashion I was used to seeing.

Fancy brands were super expensive and carried in  department stores,  but this brand was in stores like Gemco, Wal-Mart and other such discounted spots, giving girls a feel of snobby poshness at an affordable price for their parents. Genius. 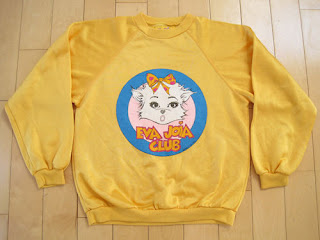 And it was a CLUB you belonged to. 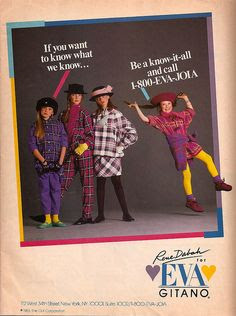 The three blondes? In the club. The happy redhead? Not yet in the club. It was 80s mean girls in the making, exclusionary tactics at their best in the marketing of this brand.

You would of course probably have THIS in your room while you were contemplating all of this new information.... 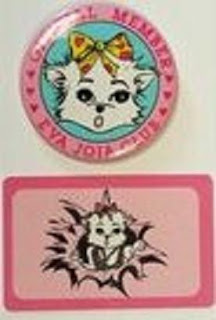 A CLUB? Where I send for a special BUTTON and MEMBERSHIP CARD!? Well, hell yeah, let's DO THIS! 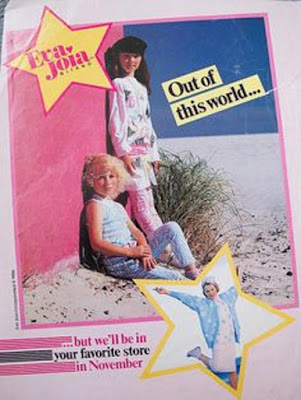 Ads like this were appearing for young girls in Barbie Magazines 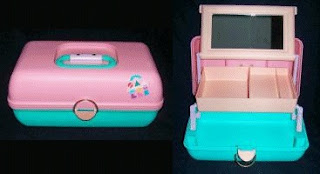 And many of us had started on our caboodles, trying to look like those models... 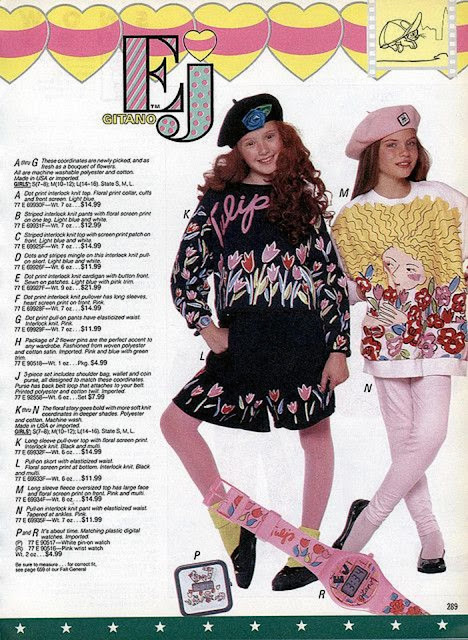 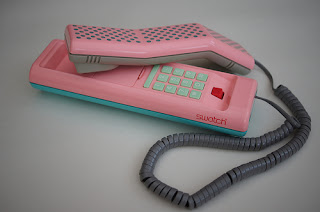 We even called our friends on one of these to talk about it, or say how dumb we thought it was, while secretly being intrigued. 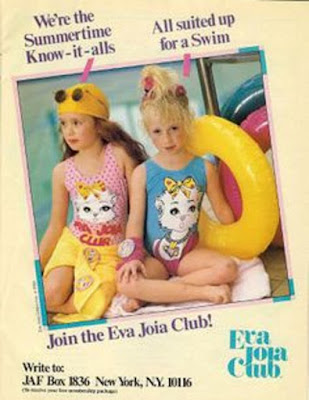 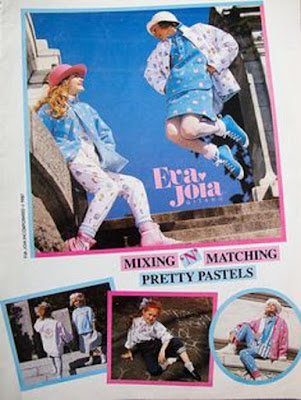 I was all for pastels, so I thought it was super cute. Oh, by the way, all of these pictures came off Pinterest and are not mine! Not claiming ownership whatsoever. 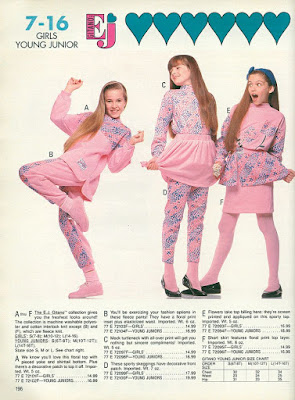 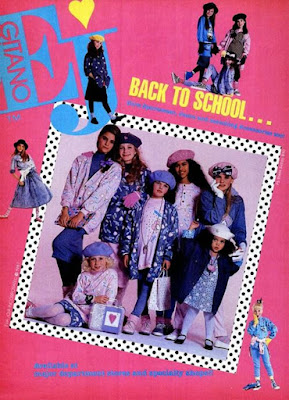 And they made sure to throw in other ethnicities after the initial pure white campaigns. They were no fools. 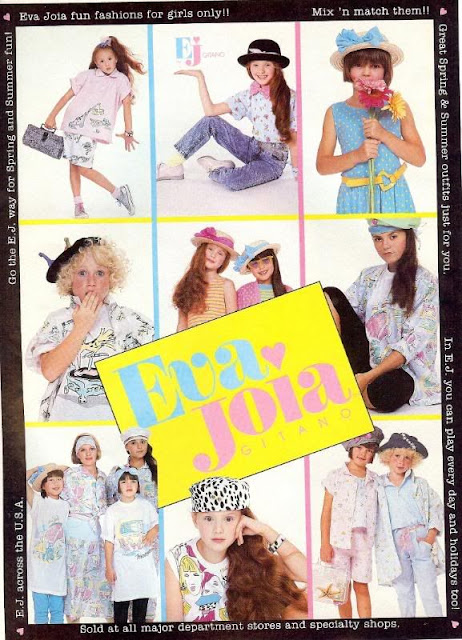 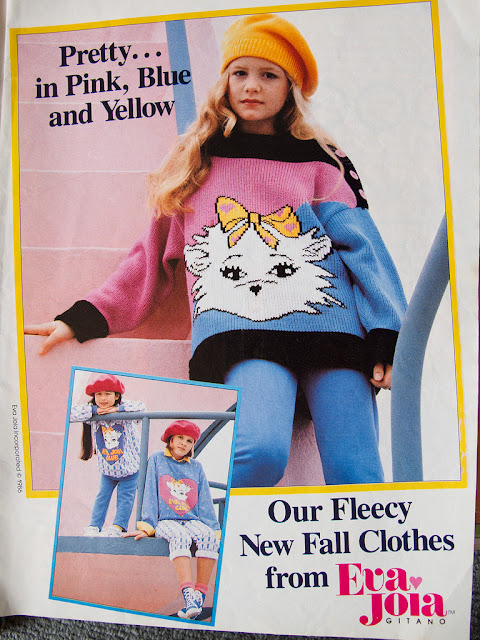 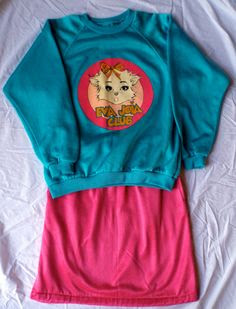 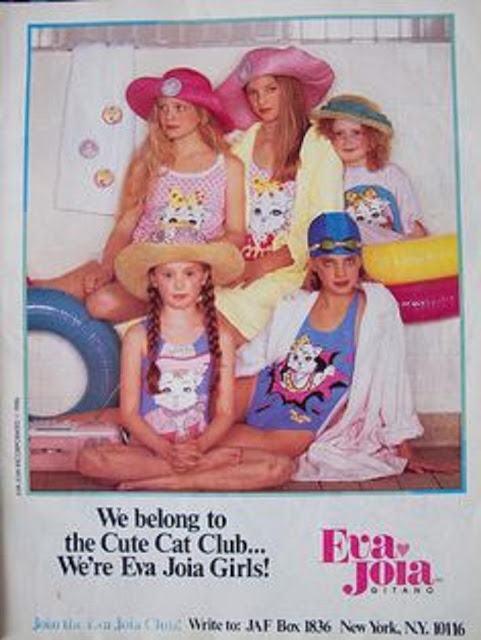 What happened to the club? I wanted to know. So I did some research on this trademark.

The EVA JOIA GIRL trademark was filed on 4/3/86, but by March 1987 the trademark was abandoned, with this message: "602 - Abandoned-Failure To Respond Or Late Response"

Then there was the EVA JOIA CLUB  trademark, which was closed down for a Section 8 Affidavit. What the hell does that mean? For a trademark to remain valid, a section 8 needs to be filed (1) between the fifth and sixth year following registration. Not done Eva Joia!  It was completely done by 1993-08-30 (CANCELLED SEC. 8 (6-YR). What happened in 1993?

Things started getting tough for Gitano y'all. Turns out that in 1991 and 1992 they had violated United States customs laws and got in huge trouble. Trouble as in felony charges. A 2.7 million dollar shipment of their women's tops was produced in Malaysia (a country who had already exceeded their quotas--the U.S. was not taking anything else from them that year.)  Gitano wanted those shirts to please their largest carrier, Wal-Mart,  sooooo they decided to falsify paperwork and labels to conceal the fact that the clothes came from Malaysia. Here you go Wal-Mart! Here is some more product! Members of Gitano were investigated by the government and ended up pleaded guilty to exceeding clothing import quotas.

Wal-Mart found out about the illegal activity and went through the roof! They had a policy that they would never deal with suppliers that have pleaded guilty to Federal offenses and straight pulled all Gitano clothing off their shelves, which literally sank the entire Gitano brand.

In 1991 Gitano reported a  loss of $62.5 million on sales of $781 million. Ruh roh. They started selling off their fringe brands like *sniff* Eva Joia, but they still owed way too much to creditors. They declared bankruptcy and were acquired by Fruit of the Loom in 1994 for 100 million dollars (30 million less than they owed creditors.) I think they are still around in some way, shape or form, because I just looked them up on Amazon and they are STILL ALIVE.  Not Eva Joia mind you, but Gitano. So there you go: As most tales of the 80s go, this cute lil clothing brand came crashing down because of lies and greed. 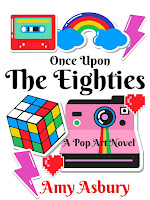 Available on Barnes and Noble.com and Amazon.com! Click image to order!